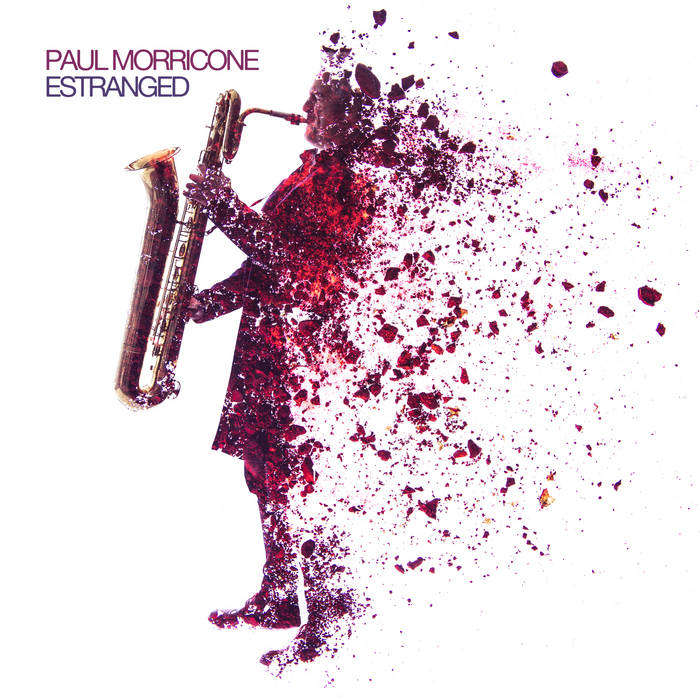 Paul Morricone is a singer and composer with a cinematic mind and a taste for drama and intrigue. Following many years of performing in and around the UK alternative and DIY scene, Paul has struck out on his own to create a new set of songs that combine sophisticated arrangements with a punk ethos.

From the forthcoming album ’THE DISSOLVING MAN’ comes the first release ‘ESTRANGED’. This is an account of an absconded anti-hero returning home after years in the wilderness. A seasoned tale of world weariness set in a more scratchy domestic setting.

‘ESTRANGED’ sounds like it could be the title soundtrack to a gritty urban TV crime drama series, mixing Outside-era Bowie tech with a soaring Scott Walker-infused vocal workout, an orchestral sweep of John Barry intensity finished off with a rare slice of baritone sax. If this was a world where things were allowed to run their correct course, then filming would already be underway of the nail-biting season finale.

Paul Morricone performs with a pencil-thin sixties studio microphone, sometimes alone, sometimes backed by his new outfit Con Medicine. Every appearance is filled with stories of experience and personal insights, delivered by the smoothness of Paul’s baritone voice. The audience are invited into the colourful mind of the man and his music as he goes from muscular dance tracks to deathly quiet ballads.


Taken from the forthcoming album The Dissolving Man.

Garden overgrown
I can barely recognise a teasel
The twisted mass of hazel
How did it get like this?
That I got so obscured from the view
A figure calcifies to statue
Time for things to change
I have been estranged

And the cuckoo spit on me
I have been estranged

Bandcamp Daily  your guide to the world of Bandcamp